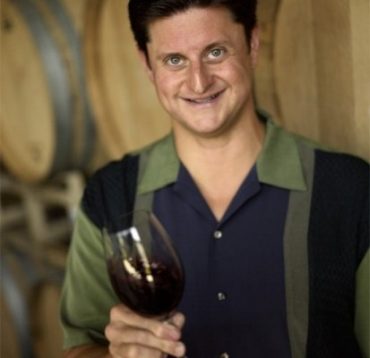 Matt Smith discovered his passion for wine when he began working at Beaulieu Vineyards in 1996. His chemistry degree landed him a job in Beaulieu’s lab, where he worked side by side with winemakers, helping them analyze their award-winning Cabernet Sauvignons and other fine wines. During his two years at Beaulieu, he realized he wanted to be winemaker. “I loved everything about it,” he says. “I had finally found a profession that blended science and chemistry with art and creativity.”

Matt was so committed to becoming a winemaker that he quit his job and enrolled in the enology program at Fresno State University. In the summer of 1998, he and his wife Kathy, who was pregnant at the time, left Sonoma and moved to Fresno with their 1-year-old daughter. Matt graduated two years later after working in the university’s Viticultural Research Center, running five graduate programs, and winning the ward for Outstanding Enology Student.

After graduation Matt became assistant winemaker at Dashe Cellars and the enologist at JC Cellars. Both wineries lease space from Rosenblum Cellars in Alameda, CA. Although Matt received several job offers prior to graduation, he decided to work with Mike Dashe and Jeff Cohn because of their commitment to High-quality winemaking, and because they offered him the opportunity to make his own wine.

Matt launched Blacksmith Cellars in 2003 with the release of his 2001 Alexander Valley Cabernet Sauvignon. This wine is truly his creation. He did it all, from tending the grapes, hand-sorting and crushing to punching down, pressing, blending and bottling. His hard work and meticulous attention to detail paid off. “I wanted my first wine to be a top-quality, uncompromising Cabernet,” he says. “I’ve achieved that. This wine is everything I hoped it would be.”